Perth’s Premier Martial Arts and Fitness Academy offer authentic Brazilian Jiu Jitsu classes. Brazilian Jiu Jitsu (BJJ) is a grappling-based martial art whose main aim is to control a resisting opponent in ways that force that opponent to submit or give up. Much of the technique of Brazilian Jiu Jitsu is centered round the skill of taking an opponent down to the ground due to the fact that control is generally easier on the ground than in a standing position.

From here the skilled BJJ student will move towards dominant controlling positions from where the opponent can be rendered harmless. Premier Academy’s Freestyle Mixed Martial Arts curriculum uses many techniques from Brazilian Jiu Jitsu for its Perth classes, but for students that want to expand on their knowledge of the “ground game” we offer a separate Brazilian Jiu-Jitsu classes. This program is taught by experienced instructors, and students who train regularly will also be eligible to grade in this martial art.

Brazilian Jiu-Jitsu (BJJ) was the first martial art to dominate the Ultimate Fighting Championship (UFC) and it remains an essential component of modern mixed martial arts, such the Freestyle Martial Arts taught at Perth’s Premier Academy.

A grappling-centric art, the goal of BJJ is to force your opponent into submission with joint locks and chokes. The emphasis is on technique and leverage and BJJ was designed to allow a smaller person to defeat a stronger foe with ease. BJJ is often described as a game of “physical chess” due to its depth and technical nature. Premier Martial Arts and Fitness Academy, in Perth’s northern suburbs, also offers classes in Brazilian Jiu-Jitsu for those students who would like to further their understanding of grappling.

Brazilian Jiu-Jitsu classes at Perth’s Premier Martial Arts and Fitness Academy typically start with a warm-up designed to get you loose and ready to roll, as well as developing your skills. Hip-escapes, shoulder rolling, bridging, pummelling and other essential BJJ movements are drilled in nearly every class.

Following the warmup, you are shown techniques, for example a joint lock, choke, sweep, guard pass, escape or takedown. After your instructor answers any questions, you’re given an opportunity to drill it with your partner. Your instructor will come and make corrections where needed. 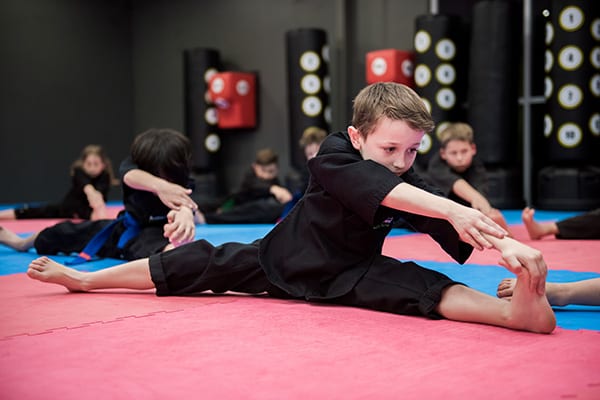 After the technical training, you will have an opportunity to “roll” – the BJJ term for sparring. In rolling you will grapple under BJJ rules for a submission. Rolling under the right conditions is exceptionally safe as there is no striking and you have the option to “tap out” or submit if you are ever in a position you are not comfortable with.

Will I get fit from Brazilian Jiu Jitsu classes?

There are many different types of workouts that you can do. There’s the typical gym workout where you do exercises with free weights or machines. There are also various sports like basketball, running or swimming. Then there’s Brazilian Jiu Jitsu classes at Perth’s Premier Academy – these provide an all-around body workout like you have never experienced! Warmups usually begin with a tough set of body movements that rival anything you might do as a separate exercise class! After the warmup, Brazilian Jiu Jitsu classes at Perth’s Premier Martial Arts and Fitness Academy usually move onto technical drills. The whole time you are drilling you are moving around both your own and your partner’s body weights. Brazilian Jiu Jitsu classes usually finish with free sparring, where after a couple of rounds with a resisting opponent you’re so tired that you can’t move your limbs!

What makes Brazilian Jiu Jitsu different from other martial arts?

There are lots of martial arts, but Brazilian Jiu Jitsu classes at Perth’s Premier Academy are unique in that they you offer a chance to test your skills against a resisting opponent in a controlled environment. This is because BJJ is not only a physical activity, but it’s a non-impact martial art. Unlike kickboxing, there are no punches or kicks in Brazilian Jiu Jitsu classes; you aim to use locks and chokes to subdue your opponent. This makes it very sneaky and lethal, but also makes it safer because you’re not risking being knocked out on every training. Grappling another opponent who is also trying to make you submit gives Perth’s Premier Academy BJJ students a great mental and physical boost. Grappling against much bigger and stronger opponents provides a real test of your skills!

Everyone should learn to be capable of defending themselves and their loved ones. All fights start standing up and at a distance, but many end up in wrestling or grappling on the ground. Through their training in Brazilian Jiu Jitsu classes, BJJ students at Perth’s Premier Academy will be confident that once they get their hands on an attacker then the fight will be over quickly and safely. Being able to defend yourself relies heavily on being confident in your training – BJJ students have tested their skills against resisting opponents every lesson so they are more likely cool under the pressure of a self-defence situation.

BJJ has been is often referred to as a physical chess match. Every move has a counter move. Every counter move has a counter-counter move. In the beginning you simply learning to correctly execute each move, but as you advance into higher levels, you’re not only executing the current move but you already planning two or even three moves ahead. So, if your opponent makes a move, you already have a counter move that you can trap the opponent. The mental stimulation often becomes one of student’s favourite aspects of Brazilian Jiu Jitsu classes at Perth’s Premier Academy. Is this aspect that often keeps students coming back to the training matt as just when you think you know all the variations of a specific move, you learn something new to improve your BJJ game. This makes the potential for growth limitless!

Brazilian Jiu Jitsu classes at Perth’s Premier Martial Arts and Fitness Academy will allow you to constantly test yourself against opponents of all ages, sizes and skill levels. The more experienced you become, the more you might expect to dominate someone who just started recently. Then there’s size; if you’re a bigger person, you would never accept being utterly demolished by a smaller opponent. But what you think will happen usually bears little resemblance to what’s really going to happen. It is great to win but BJJ also teaches you that sometimes you have to lose to improve. If you are not getting challenged then you are not really pushing yourself. Facing up to the challenges in every Brazilian Jiu Jitsu class builds the type of real confidence that will translate into all aspects of your life. As they say in BJJ, leave your ego at the door and you’ll be fine.

Can you practice BJJ for the rest of your life?

One of the founding fathers of the art – Helio Gracie – trained in Brazilian Jiu Jitsu classes until he died at age of 95. While training BJJ you can chose your training partners, you can set your own pace, you can chose techniques you want and you can enjoy it no matter what age you are. Training in BJJ at Perth’s Premier Martial Arts and Fitness Academy will keep your body fluid and supple for life. There’s a great saying about Brazilian Jiu Jitsu and your training style –  “Train BJJ like an old man, so that you can train BJJ as an old man”.

Do Brazilian Jiu Jitsu classes help with stress and concentration?

Training in a BJJ class is an awesome way to let go of the stresses of life and to feel calmer and more balanced. Even when you are walking into the gym feeling stressed, your worries are pretty quickly forgotten once you begin to grapple with others. BJJ allows you to let off some steam and focusing on rolling is a good way to give yourself time away from overthinking everyday stresses. BJJ also provides an amazing opportunity for self-development and improvement. You will find that your problem-solving skills are improved by training BJJ on a regular basis. Many students also notice that they can remain calm in tough or high-pressure situations after practicing BJJ for a couple of months. Every day in Brazilian Jiu Jitsu classes at Perth’s Premier Academy we face adversity, and when sparring we learn to remain calm to ensure we can think in order to get through tough times.

Our Mini Little Champions, has been designed to introduce toddlers to martial arts classes in Perth from 18 months to 3 years old.

Our Little Champions program is specifically tailored to 3-6 year olds. This program focuses on developing basic martial arts skills and having fun doing so!

This program has been designed specifically to help your child (7-12 year) prepare to face the different challenges faced with moving from primary school to high school.

This program at Premier Martial Arts Academy, designed for 13-17 year olds, offers a variety of disciplines for teenagers to explore.